5 Coolest Video Transitions and Transition Effects to Inspire You

Video transition effects make a movie or video complete. They provide coherence and unify the shots to create a flowing sequence of events or narratives. Video editors use transition effects to bring out the meaning in a shot and provide subtle hints to the viewers about the plot.

A video editor with transition effects can take a video or movie to a whole new level. An editor can make use of countless video transitions to achieve the video's objectives. In this post, we will take a look at the most common video transitions effects used in videos.

The scene transitions will provide you ideas and inspirations about film transition effects you want to use in your own video.

What are Video Transitions

Video transition effect or film editing transition is the effect editors use to join two scenes or shots.

However, not all shots are joined using transitions. An editor can directly switch from the image of one shot to another to connect two shots. This is called a "cut."

Video transitions are used especially to highlight something or provide hints about the implications of the sequence. For instance, you must have seen a video where the screen goes black after a shot. That is exactly what we are talking about.

This transition effect is called "fade out" and is the most common transitions videos effect. We will go over many such transitions in this post, so sit tight! 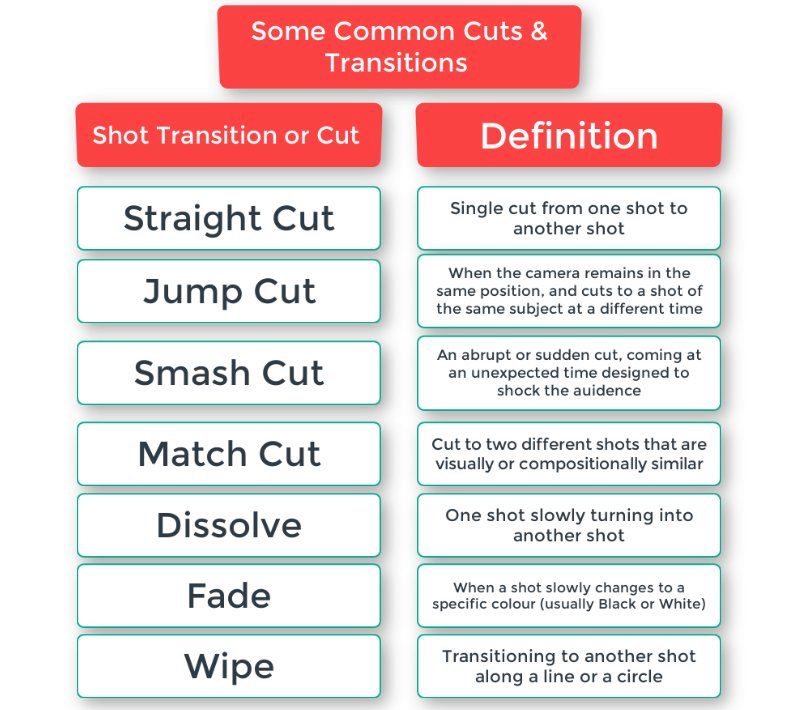 Types of Transitions in Film

Editors use countless types of transitions in film and videos. Some are common and have been used for years, while others are quite contemporary. On top of that, you can also come up with your own cool transitions using video editing software.

Here, we will take a look at some common and creative editing transitions like-

1. Video Transitions Effects: Fade In and Out

Remember the video transition example we used above?

Fade is the most common type of transition video effects. During a fade, the shot turns ends of begins with a single color, often white or back.

Fades can symbolize a special meaning and help viewers make sense of a shot. For example, you can place a fading effect of black at the end of the short to signify a passage of time. The next shot can show events that happen in the future, maybe months or years later.

There are different types of fades-

Fade in is generally used at the beginning of a scene. The black or white screen slowly fades to reveal the shot. This technique gives the audience time to focus on the image on the screen.

Fade out is exactly the same as fade in but appears at the end of a shot. In many scenes, the shot slowly turns to black or white, signifying the use of fade out.

Dissolve in film transition is where a scene turns into the next one, often overlapping each other. Many old Hollywood movies used dissolve film transitions to link scenes and symbolize say, the passage of time.

Editors can use multiple types of dissolve transition effects-

●    Cross dissolve: A shot gets replaced by another gradually. For example, the image of the sun can change into the light bulb of the next scene.
●    Ripple dissolve: Uses a ripple effect to dissolves scenes. It can create a dream-like feeling.

You must be familiar with pan in film. The same effect can create a video transition effect where one scene blurs into another. The effect is ideal for linking fast-paced scenes or providing a different angle to the viewers. 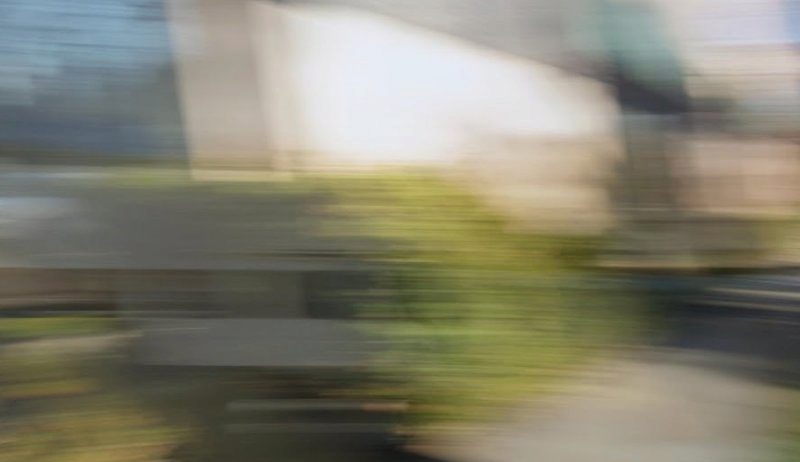 Cuts just replace one scene with the next. It's an abrupt video transition and mostly a direction approach.

In jump cuts, the image of the screen seems to "jump" from one shot to another. For instance, a shot of a man in a cafe can jump directly to the man lying on his bed at home. Jump cuts can signify the passage of time.

Cutway is another cut technique that can be used to link shots. It often leads to secondary scenes away from the main plot.

A L cut, on the other hand, uses the audio of the first shot while the screen transitions to the next scene.

Great transitions make a great video that deserves to be seen by thousands! You can promote your videos on Viboom and get more views and likes. We promote any sort of video on our network and generate real views from real people. Give Viboom a try today!