What is Sound Design? How do Sounding Stories Create Impact

What is Sound Design: Creating the Best Sounding Stories with Sound

Sound is an integral part of any video. Even if you watch a silent film, you will have various sound elements in the video, like background sounds. Generally, which element of film generally draws the audience to the movies?

Visuals, of course, play the lead part, but sound chips in to complete the equation. Together they give meaning and coherence to any subject and helps the audience grasp the situation playing out in the scene. You may ask, how does an audience process visual and sound elements in a film?
Well, the audience processes the sound and visuals together to create a sense of reality and connect with what's happening on the screen. Sound often functions separately from the visual image, conveying things that are not seen.

Think of the hooting of an owl in a horror movie that conveys a sense of eeriness and fear. You may not see the owl on the screen, but the sound does the job of creating a situation of dread.

The management of sounds for any moving sequence plays an important part in telling the story of a movie, game, TV series, live performance, and theaters. Collectively the process is given the name of sound design.

In this post, we will explore sound design and learn how it can create a great video. 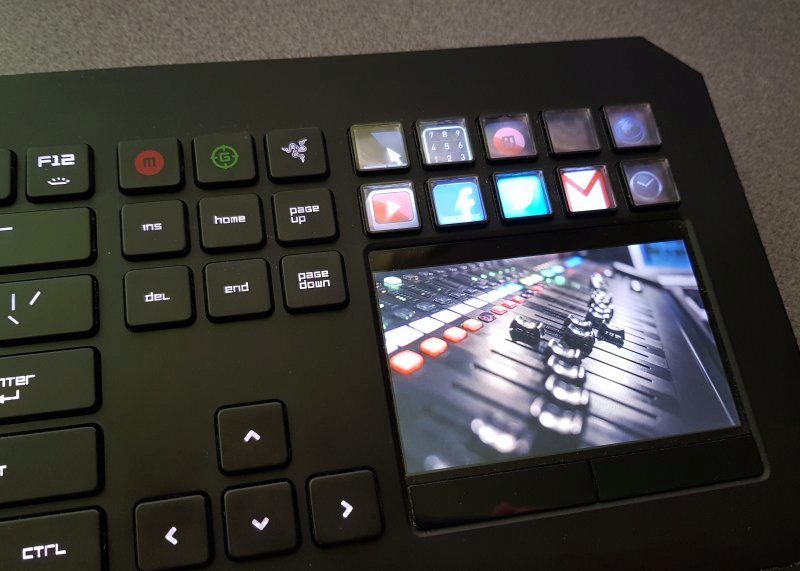 We should define sound design before proceeding with our discussion.

Sound design is the process of creating sounds for a variety of purposes. It involves various steps to acquire, record, create and use sounds for use in movies, videos, dramas, and so on. Elements of sound design may include-

Now, let's check out what is sound design in detail.

What is Sound Design

Imagine a scene from any movie. Let's say two characters are taking a walk by river Thames in London during the evening. What sounds can you expect from the audio track?

Obviously, there will be dialogues and maybe, some background music. But that's not all. You will also hear the sounds of cars passing by, birds chirping on the trees by the pavement, voices of other people talking nearby, sound of the water of the river- the list is almost endless.

Now, someone has to plan, collect, and manage all the sounds that will be used in the video or film. He literally has to design or plan the whole process, just like the manager of a company. This is sound design, and the person doing the job is a sound designer.

Sound design is crucial for any video unless you are recording an interview or doing an explainer video. In such cases, having a clear dialogue is enough. However, films, YouTube videos, documentaries, and anything depicting an event or incident needs sound. 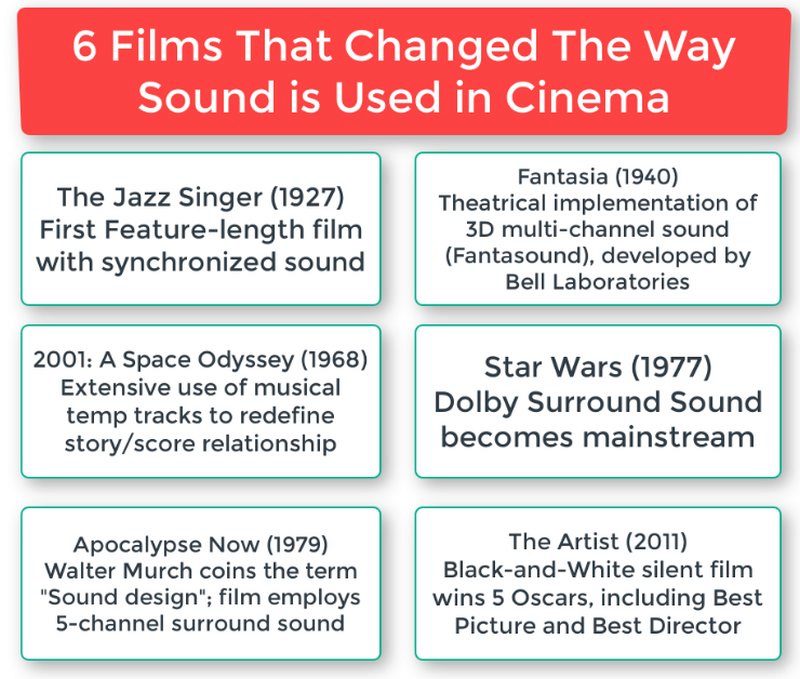 Sounds Perform Many Functions in Film Including:

Convey Message of the Video

Sound elements like dialogues convey the main message of the video and help the audience follow the story. Without dialogues and necessary sounds, your message or purpose of making the video may be compromised.

Create a Sense of Realism

Sounds perform many functions in films, including creating a sense of reality. Think about the scene we used as an example. Would you be able to connect with the scene if it misses sounds like passing cars, the sound of the river, voices of other people, and other ambient sounds?
These sounds come from a source outside the world of the movie and are heard only by the audience. They help the viewers generate a sense of realism and connect with the plot.

Some situations or scenes cannot be imagined without sound. Imagine a fight scene from any movie. You will have sounds when somebody punches or hits another guy. There will be sounds of people hitting the ground, drawing heavy breaths, movements of hands or legs in the air, and more!

An effective sound design adds to the plot and helps build up a scene.

Sounds can provide cues about a scene or situation even when the visual show something different. Let's think of a scene inside a dark room. You cannot see anything other than a faint light and movement of shadows. However, you hear sounds of stabbing, shrieks, and people hastily moving around.

Even if the visual is concealing, you can make out what is happening through the sounds. You know that someone is being attacked even when the screen is dark.

Stories with sound effects create a far greater impact compared to videos without sound. The audience can get a wholesome experience of watching something and can relate to the content in a much better way. That's the reason movies spend a considerable part of their budget for hiring a sound designer to create the perfect soundsphere for the audience.

Now, we will get to one of the most important roles of sound design, i.e., conveying emotions.

Let's say a couple is going through a hard time and discussing things between themselves. How would an audio recording most likely convey the characters’ emotions during this scene? Let's find out!

How Would an Audio Recording most likely Convey the Characters’ Emotions During this Scene?

Well, you may hear a lot of "sighs" and "sniffs" that tell you the people in the scene are sad and distressed. You may also hear footsteps as someone starts pacing the floor in tension.

Look out for sound cues that convey emotion next time you watch a movie. You will get a more clear idea about film sound design.
Next, we will provide a glimpse of the sound design process.

A Look Into the Sound Design Process

A sound designer has to assess a video and determine the sounds that will go into it. Of course, you may do the job yourself if you are making your own video. The job of sound design begins by analyzing the script.

The script is the foundation of sound design. The job of writing sound effects in a story begins from the script. You can look at the script and determine the sounds required for a scene. A sound designer generally notes down the sound he needs and sets out to collect or create them.

The dialogues are recorded during the scene. In cases the dialogues are not audible, then the actors are called again for ADR or Automated Dialogue Replacement session. It's always best to record your dialogues while the scene is going on, as ADR can lead to syncing issues.

Have you wondered which of the following film sounds are typically recorded during production?

All the background sounds and noises you hear are recorded during the production. The film crew may also record ambient sounds separately and sync them with the track during post-production. The sounds may include the noise of cars, the environment, animals, people, and anything shown in the scene.

Foley sounds are sounds that are created and recorded "wild" and then edited into the film. For instance, a person may record the sound of footsteps in a studio and add to the scene. The Foley artists perform the sound effects and time it exactly with the event on the screen. They create a range of sounds, including running, walking, handling objects, wearing clothes, and more.

Some sound effects may not be available readily. You may not also create them using Foley artists. We are talking about sounds like an alien spaceship taking off, or Jedis of Star Wars using their lightsabers to fight.

Sound designers can use a plethora of sound editing tools to make the sounds appear as they want. They can add multiple sound layers and create multiple tracks to be used for a scene. 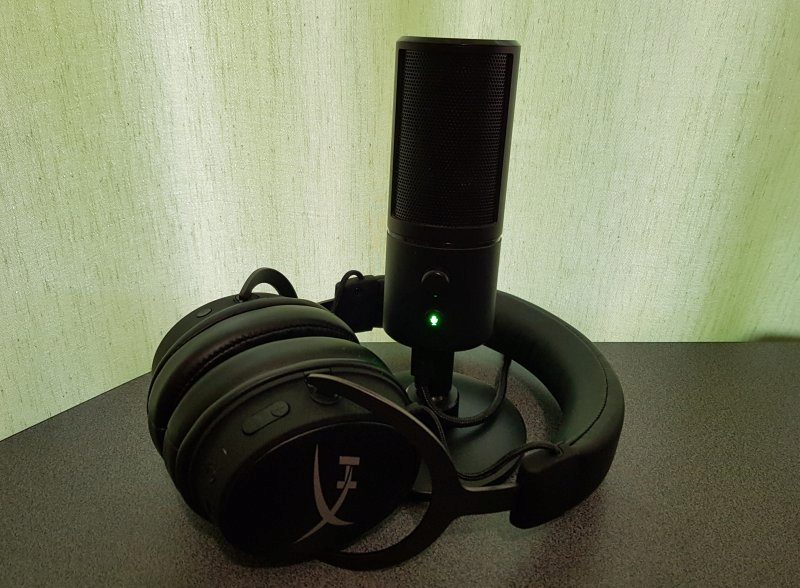 Designing sound for your YouTube videos is more simple than you think. Most YouTubers use their mobile phones to record both the audio and sound. However, if you can shell out a bit of money, you can go for a-

The above tools are more than enough to create a rich audio experience for your viewers. For simple videos, your mobile phone can do the job successfully.

A good sound design will make your video highly watchable. To help your videos reach more people, consider Viboom. You can promote your music video, short film, product videos, personal videos, or any video you want. Just copy your video URL on Viboom and start getting more views and subscriptions in no time!